Well Hello There! I’m Laurel! Lovely to have you here! 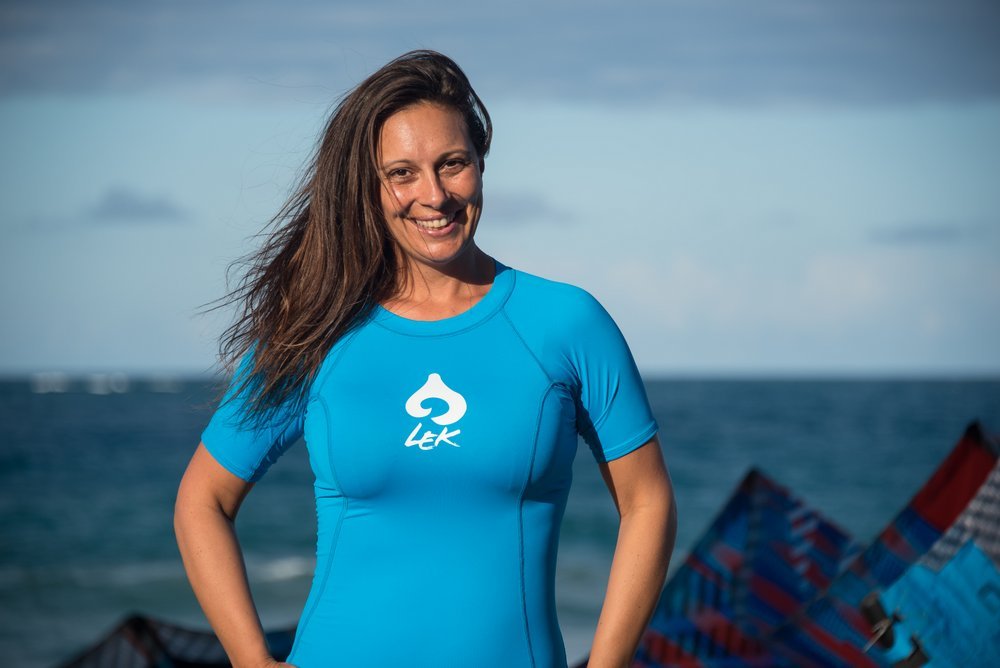 Hi there! I’m Laurel, the founder of the LEK kiteboarding school in Cabarete. Thanks for coming to my page!

Conceived in a tent in Mexico and born on a mountainside in Northern California in a summer rainstorm. Born to a surfer dad and activist/artist mother. Raised with a love for sports, nature, travel, and communication. Growing up surrounded by wild places, Laurel learned to walk by chasing ducks. Swimming in the rivers and playing in the garden was just the pre-school necessary to create a wild and free spirit.

A true wild child, Laurel was a typical rebellious teenager growing up in Southern California. She always stayed passionate about sports, playing at a high level with her volleyball team. Amazingly, she pulled through her crazy party stage and developed into a high-achieving and motivated student. Laurel whizzed through high school and finished her first year of college at age 16. 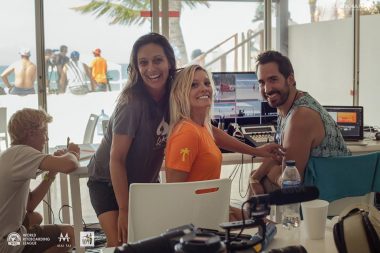 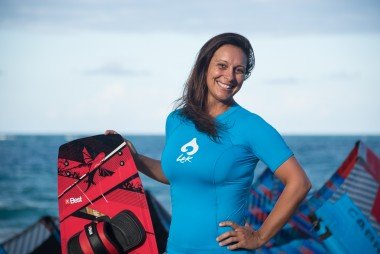 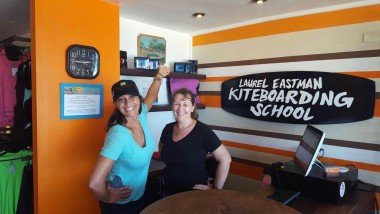 Laurel and Maxine at LEK 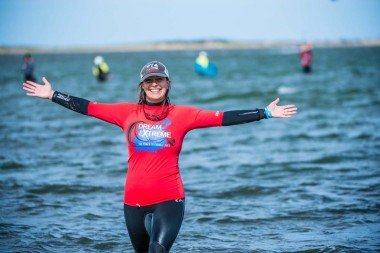 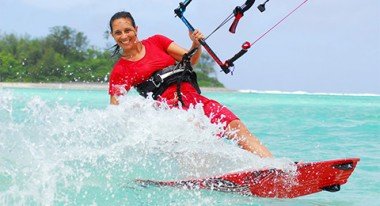 Watch Out World – Here She Comes!

With a shiny new degree in Human Ecology from Prescott College in her hand, Laurel wasted no time in beginning her field research. The day after graduation she boarded a plane for Europe. From dancing on bars in Portugal to ripping the mountain in Chamonix, walking dogs in London, teaching in West Africa, guiding young travelers around Europe, filming dolphin encounters in New Zealand and extreme snowboarding and skiing in the South Island, NZ, Laurel has experienced an incredible amount of diverse cultures and lifestyles in her travels.

And then came kiteboarding. And her life would never be the same. Laurel bought a plane ticket to Hawaii. Packed in her luggage was a torn-out magazine page depicting the freedom of flying and adrenaline. A photo of professional kiteboarder Flash Austin poised in the air, soaring above the palm tree lined coast.

Knowing not a kiteboarding soul, she arrived on Oahu and within 3 days had a job at the local kite shop. Starting out, Laurel sold kitesurfing lessons and T-shirts. The head instructor,Jeff Tobias, took Laurel under his wing, His great guidance Helped her develop into a talented kiteboarding star. After a year of hard work, teaching and training, Laurel set out once again for Europe. This time with a board bag filled with kitesurfing gear, and a dream to be the world champion.

The world cup tour in 2002 took Laurel to kite in places she never would have imagined. From lakes in Austria to the North Sea, rivers in Oregon, big waves on the North Shore of Maui to the pristine coastline of Brazil. However, one place caught her attention more than any other. Hispaniola, the largest island in the Caribbean. Home to the Dominican Republic and the world famous kite town, Cabarete.

One thing lead to another, Laurel picked up sponsorship from Hotel Caracol where she lived and trained for the 2003 events. Hotel Caracol transformed into Millennium Resort and Spa, now it’s her permanent home. Even when she’s off gallivanting around the world on adventures, her presence is felt through her kiteboarding school, Laurel Eastman Kiteboarding.

Learn more about Laurel : Read the interview of Laurel Eastman 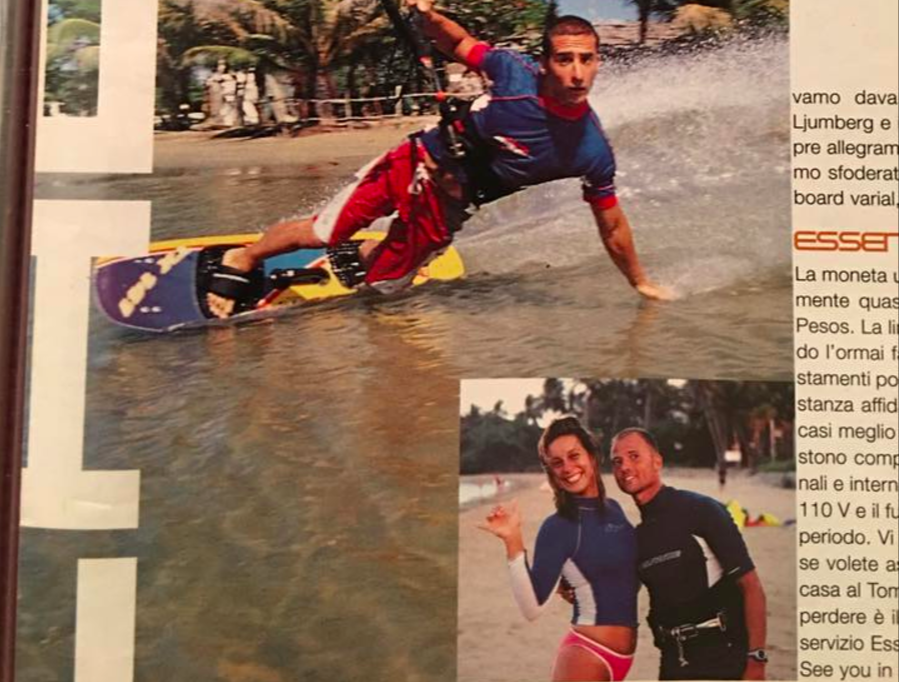