Wing foiling and wing boarding are the hottest new watersports in the world.

Wing foiling is perfect for seasoned watersports athletes who love learning new things, and who love a challenge. It’s awesome for riding waves, once you learn the basics.

Wing boarding is perfect for anyone a little nervous about learning kiting, for children, and for anyone new to the world of watersports.

Now it's time for you to get above it all by learning one of the fastest growing segments of the sport!

Wing boarding is easier because you stay on the surface of the water, There is no foil that wants to lift up and fly you through the air.

As a result, when you are wing boarding, the board is much more stable.

No prior watersports experience is required! Just knowing how to swim. 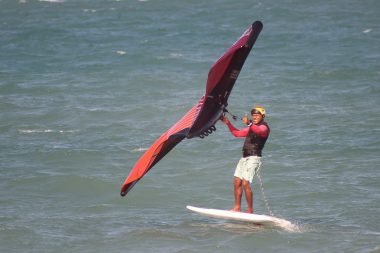 Wing foiling is for more advanced riders who want to experience the feeling of flying above the water on a hydrofoil. 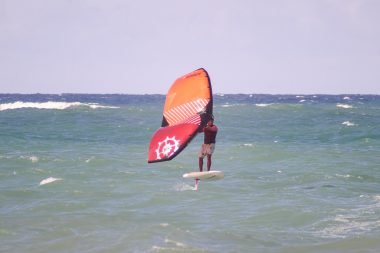 How do wing lessons at LEK work?

Wing foil and wing boarding lessons at LEK Cabarete happen every day of the year, as long as we have some wind.

First, wing boarding needs less wind than learning wing foiling, so it can be a fun low-wind activity for our kiteboarding students as well.

Next, depending on the size of the shore break you and your instructor will take the gear up the beach and enter the water where it’s calmer. Enjoy a down wind ride! The coach will ride the gear back upwind for you.

Finally, it takes time to become a wing foiler. Enjoy the process and have fun along the way!

What do I need to bring?
Bathing suit
Board shorts or tights - the tights protect your knees
Lycra top
If you have sensitive knees, kneepads

How much will my wing lessons cost?

Winging lessons are $95 USD per hour.

Remember! When you sign up for winging lessons they include all the winging, boarding, foiling, and safety equipment.

We are precise: only charging for the time you spend with your coach and equipment. In your winging lessons we'll bill in 5 minute increments. So, if you spend 1 hour and 40 minutes then we only bill you for that. We joke a lot at LEK and one of my favorites is: "We bill like lawyers, but have way more fun!"

Because we have limited winging gear I highly recommend reserving your lesson by making a fully refundable deposit. This gives you scheduling priority over walk-ins.

Once that's done, we'll confirm your reservation by email, and then we'll do a big wind dance and pray for wind for your visit to Dominican Republic.

Thank you for choosing to train with Laurel Eastman Kiteboarding (and Winging) - do we need to change from LEK to LEWK?!

How we turn you into a wing boarder or wing foiler

Our lesson plan and progression is a simple, safe, and fun way to learn, side by side with the awesome LEK instructors. The training is hands-on. I believe you learn best by doing.

Set up, safety and wing flying on the beach

Wing boarding - time to get in the water

Once you're up and riding you can take supervision with one of our Spanish speaking wing boarding & wing foiling assistants.

Wing boarding supervision with LEK gear is $58 USD per hour.

Wing foiling supervision with LEK gear is $69 USD per hour. 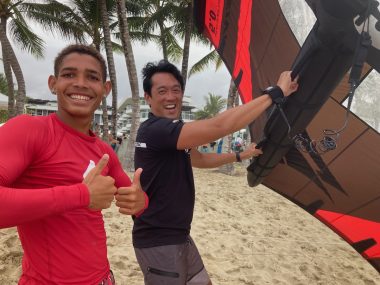 If you feel totally independent and confident getting in and out of the water with the gear then you can also rent wing boarding or wing foiling gear in Cabarete from LEK.

Complete wing and board rental including safety gear is $56 USD per hour.

Wing only rental is $21 USD per hour.

Wing foil or SUP board only rental is $38 USD per hour. 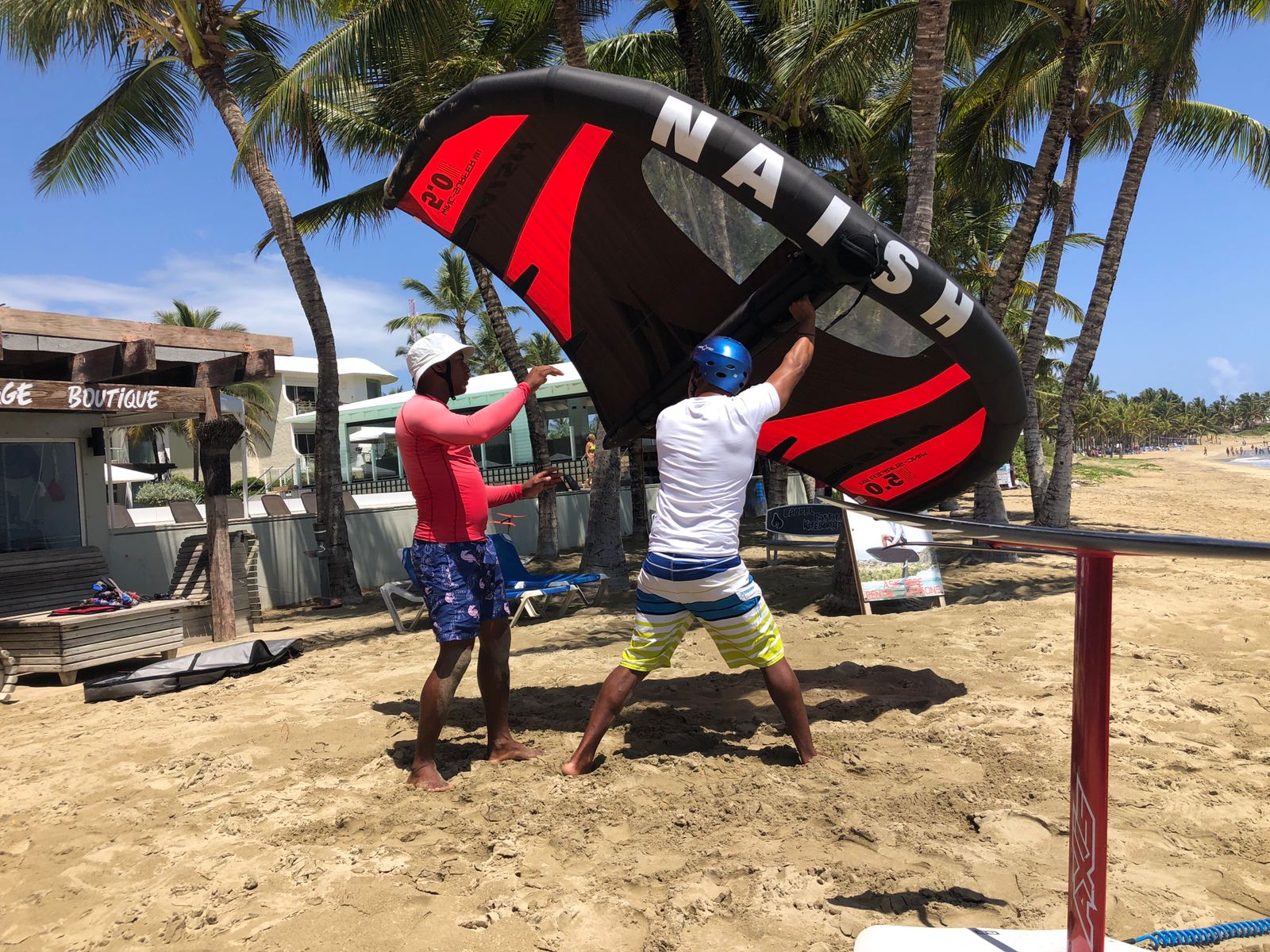